An Experienced Trial Lawyer and Advocate

Jim Diamond, criminal lawyer, law professor, former municipal legislator and an  has been a  commentator for news broadcasts on law,  politics and items of local interest.   he An expert on mass shootings, native american and indigenous law, Diamond has a background that few others can offer. Diamond’s columns and blogs have sparked considerable interest.

Rampage Shootings In The United States

Diamond is available to speak about the legal and social aftermath of mass shootings in the United States, his most recent topic of academic research. Diamond is the author of the book, After The Bloodbath: Is Healing Possible in the Wake of Rampage Shootings, published by the Michigan State University Press. As violence in the United States seems to become increasingly more commonplace, the question of how communities reset after unprecedented violence also grows in significance. After the Bloodbath examines this quandary, producing insights linking rampage shootings and communal responses in the United States.

As an experienced criminal lawyer,  Jim Diamond can  comment on what happens when real life meets real crime and reality TV.  He can talk about criminal cases, and the modern community through the lens of an attorney, a social commentator, a policy maker, educator, the father of four active teenagers, and also as a social media enthusiast. Jim is the author of a doctoral dissertation about rampage murders.

Jim studied Federal Indian Law and Human Rights Advocacy at the University of Arizona College of Law Indigenous People’s Law and Policy Program and obtained a doctoral degree (S.J.D.) there. He is well versed on the subject of Indian tribal sovereignty and Indian self-determination and conducts consultation to Indian Tribes.

Jim is an engaging and entertaining public speaker and is available for luncheon, dinner or seminar speaking engagements. Diamond was a college radio broadcaster and station manager, and has hosted radio public affairs shows. He is available for broadcast and print interviews. 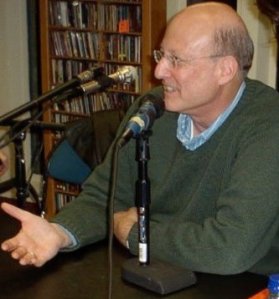